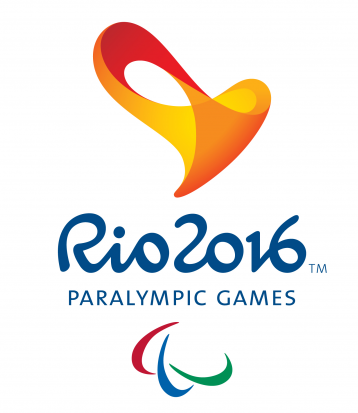 It was a big match up for the opening sitting volleyball game of the Paralympics with host nation Brazil taking on their continental rivals, the USA.

Brazil took an early lead and dominated for the first set with some strong hitting for a 25-14 win. USA came back fighting in the second set and led at the first technical timeout. They showed good structured play and defence, but Brazil eventually outplayed to win the second set 25-17. Brazil show their versatility and blocking strength to keep the USA from gaining any real traction in the 3rd set, winning 25-14.

The crowd went wild in support for Brazil and more and more people streamed into the stadium as the match went on. The support was even more of a boost for Brazil.

Anderson da Silva scored the most for Brazil with 11 kills (47.3% kill ratio) vs joint top scorers for USA, Eric Duda and Dee Marinko with 6 each. Cesar Levi Gomes provided solid blocking getting 8 kill blocks for Brazil.

Brazil set the tone for the rest of their competition with this convincing 3-0 win.

Egypt vs Germany (Men) – POOL A

Germany and Egypt both showed their technical skill with some great saves and long rallies in this hotly contested match.

GER took the first set 25-18 with quick movement and distribution of the ball around the court. Chrisoph Herzog played some excellent defence on the backcourt to save a number of balls. It was a nail-biting second set with both teams contesting every point. A number of hitting and serving mistakes from both teams didn’t change how close it was. GER took the last few points to win 25-21.

EGY launched a passionate comeback. They rallied the crowd and fed off their support.  A series of kill blocks right at the end of the 3rd set helped them back into the game, winning 25-22. Momentum was firmly with EGY going into the 4th set and they easily took it 25-14. EGY went into the final set full of confidence and dominated with spike after spike to take it 15-7.

Elsayed Moussa was top spiker for EGY with 11 kills and Mohamed Abouelyazeid supported with 6 great kill blocks. Abouelkhir Metawa took 3 aces off the GER team. Jurgen Schapp scored the highest number of spikes for GER with 13 points and Alexander Schiffler the most points overall for GER with 16.

Brazil vs Canada (Women) – POOL A

Brazil came out firing from the first point and dominated this inaugural match for the women’s competition.

In the first set Nathalie de Lima Silva and Jani Freitas Batista ensured Brazil easily won with multiple kills each. Canada struggled with the pace and strength of attack and found it difficult to get the ball back, losing the 1st set 25-7.

Canada came back with better defense in the 3rd set, but it was not enough to overcome BRA, finally losing the set 25-14. Danielle Ellis scored a great block out in this set and was overall top scorer with 6 kills for Canada. Janaina Petit Cunha led Brazil with 14 kills (45% kill ratio) and 3 aces.

This match had the best support of the day with a near full capacity crowd of over  5000. They loved every minute of the match and the place shook at Brazil won the final point.

Ukraine vs Netherlands (Women) – POOL A

UKR and NED are two of the top female teams and showed it in this competitive match.

Both teams test each other out in the first set trying to find spaces in the back court and scoring with powerful cross court hits. The first set was neck and neck until Annelies van Der Bilt served three aces for NED to take the lead, finally winning the set 25-21.

NED scored early and led for the set, playing some smart points. Consistent recycling of the ball led to well-earned points. NED win 25-22.

This was a crucial set for UKR if they were to remain in the game. A NED handling error results in UKR leading at the technical timeout 8-7. Valentyna Brik hits off the block and then gets a good block herself to help UKR extend the lead to 16-10 at the 2nd technical timeout. UKR push further to win 25-13.

It was all to play for in the 4th set. NED led 16-15 at the 2nd technical timeout. Two serving errors from NED and two aces from UKR put NED on the back foot. UKR finally secured the set 26-24.