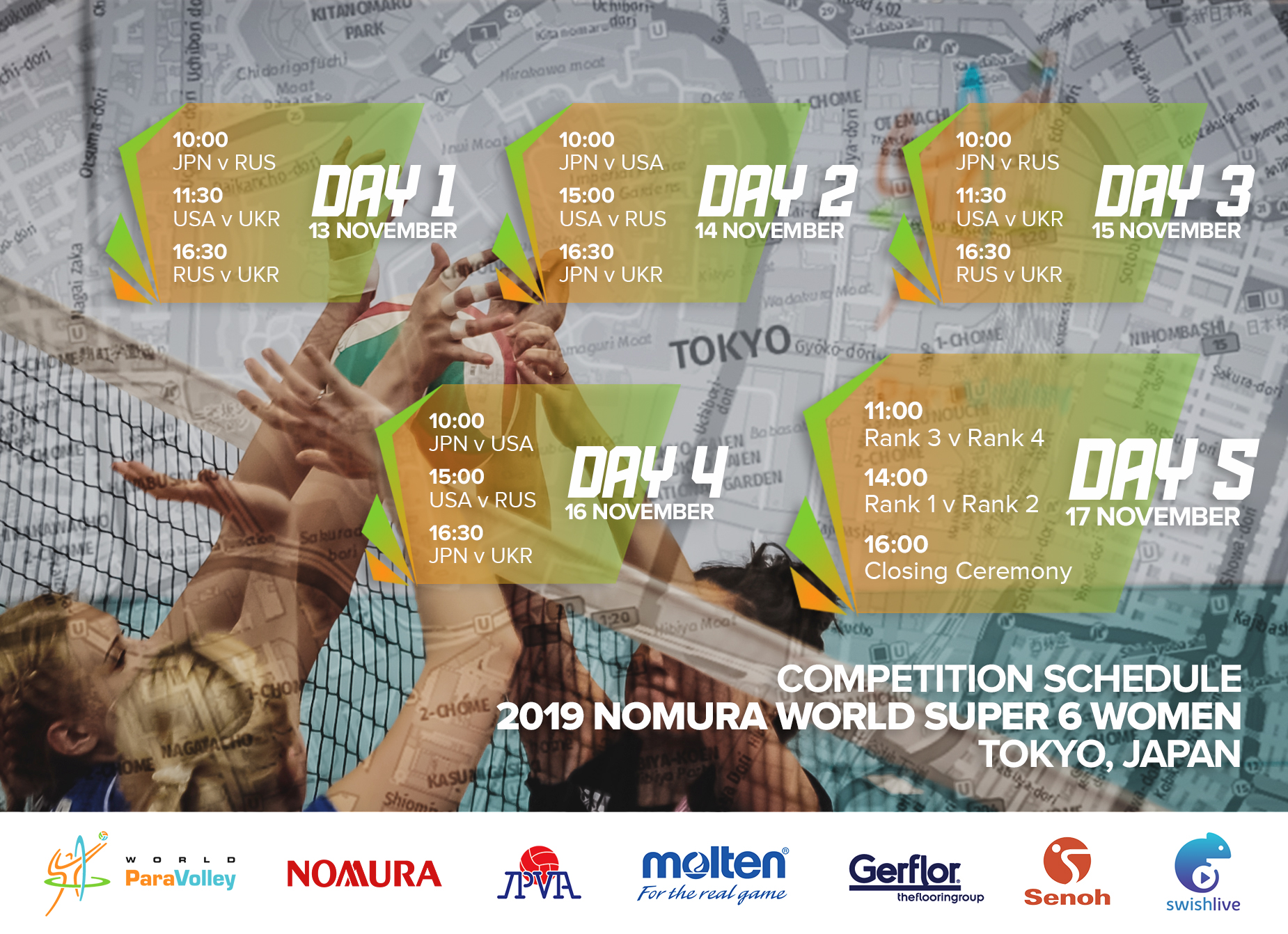 USA with a convincing 3-0 win over Japan The motivation from both teams could be felt on court and USA did not waste time in establishing their game. Quick passing following by strong serving by Edwards (#17) from USA saw the team take the lead 8-3 to get to the first technical time out. Combinations were running like clockwork on USA side with perfect setting from Kanahele (#14).  Japan tried to catch up and temporarily made the most of USA few mistakes to reach a 10-6 score still in favour of USA. They were however too strong and too fast for Japan and USA were leading by 8 points by the time the 2nd technical time out whistle blew at 16-8. Japan asked for another time out at 19-8 trying to stop USA from extending their lead further. It somehow gave them a small spurt of energy but this was short lived in spite of a great block from Takei (#15). USA were 11 points ahead at 21-10 and it was only a matter of strong serves on the USA side to finish the set 25-12. ie (#1) drew the gasps of the crowd with a fantastic block at the start of the second set whilst her teammates were digging and defending all the balls coming their way with USA leading 4-2 then to 8-4. Schieck (#12) had a good series of serves and USA were soon leading by 8 points at the second technical time out (16-8). A double substitution from Japan at 21-9 by coach Mano to try and slow down the opposition again seemed to help slightly but USA were way too strong at the block and were soon away with the second set with a score of 25-11. A kept on applying the same pressure on the serve in the third set and were soon leading 8-3. Japan were left powerless faced with an avalanche of strong hits and fast paced rallies. They started playing clever with tips behind the block but this was halted straight away by USA’s defence. It was soon time for the second time out at 16-8. Mistakes on the Japanese side saw USA take a more significant lead at 20-10.  USA eased up the pressure and Japan made the most of it to gain some valuable points with Nishiie (#) being efficient again at the block. Good follow up by Japan saw the points difference reduce to 22-16. The crowd got excited with the quality of rallies being offered to them and that spurred Japan to give everything they had left in them to fight even harder and make life difficult for USA.  However USA’s experience allowed them to quickly regroup and take the set 25-19 and match 3-0. For their second encounter of the tournament the game between USA and Russia did not disappoint. Russia were determined to show what they were made of and started strongly by taking a 4-3 lead. Ivanova (#1) helped Russia at the serve adding 3 points to 7-4. USA however turned it round by getting to the first technical time out at 8-7 in their favour following a contested referee call by Russia. They continued by increasing their playing level and were soon leading by 5 points at 13-8. Russia were not as consistent on the serve and started lagging behind, making some hitting mistakes. USA had a better hitting streak and this helped them win the first set 25-15 in spite of some great blocking by Arbatskaya (#8).

USA went one gear up from the beginning of set 2 with Burkland (#7) serving aces like there was no tomorrow, prompting Russia to take a time out at 5-0 in USA’s favour. Russia reacted with some great pick ups back court but this was not enough and USA took the first technical time out ahead in the game at 8-3. The Russian serve made a come back with Ivanova (#1) adding a few points to the score board at 9-6 for USA. Holloway (#5) showed off her hitting skills and USA were soon reaching the 2nd technical time out at 16-9. Impressive blocks on both side got the crowd cheering. USA were on a roll and 11 points ahead at 22-11. Some issues with the e-scoresheet stopped the game for a few mins, Russia then made two substitutions as a last option but USA took the set 25-13 after a strong serve from Erickson (#6).

It was a blocking festival from USA at the beginning of the third set allowing the team to take an early lead at 8-3 for the first technical time out. Russia definitely had a drop in playing energy compared to the first set and were struggling to maintain consistency in their game. USA cruised to 16-10 at the second technical time out.  Russia were faced with a wall and could not get their hits through. A bit of scrambling at the net helped Russia reduced the gap in points by 8 at 23-15 for USA.  Buckland (#7) hit soon put a stop to it and USA took the final set 25-17 as well as the game 3-0. Ukraine faced Japan for the last game of the pool phase as a rehearsal of the Bronze medal game planned for tomorrow at 11.00.  Although Ukraine started strongly, Japan quickly caught up and it was a game of who could pick up the most balls. The score was tight as neither team were prepared to give up the points – Japan reached the first time out at 8-6 then took off with some great defence to reach 14-10. Ukraine came back to 14 all. Japan took a 2 point lead with Ogata (#6) great hitting but did not manage to capitalise on this and were soon level again with Ukraine at 18 all then 20 all.  Nishiie (#1) woke up the crowd with a great cross court hit at 22-20 in favour of Japan. Too many mistakes at the net from Ukraine saw Japan one point from winning their first set of the tournament. They pushed through hard enough and ended up winning 25-23 with the crowd going wild.

Motivation was at its highest and Japan started the 2nd set with a 3-1 lead. Too many lifting errors from their side saw Ukraine come back to the score at 5 all. Neither team were prepared to give away any points but Japan persevered and reached the first technical time out at 8-6 in their favour.  They were on a roll and piled on the points to reach a 7 points lead.  Ukraine applied pressure on the serve with Podliesna (#8) but Japan got to the second technical time out at 16-11 as they seemed more focused on their game and motivated by their earlier set win. Ukraine were trailing behind at 20-12. Kikuchi (#9) served hard and soon Japan were earning their second set 25-12.

Japan wasted no time going into the third set and taking a 8-2 lead. Ukraine started missing serves and making more mistakes.  Japan strangely followed suit and Ukraine reduced the lead from Japan to 2 points at 15-13 for Japan. Ukraine came back with two aces from Lozko (#9) and Japan had to ask for a time out  as Ukraine was now ahead 19-17.   Lozko (#9) kept on serving and Ukraine only had to wait for Japan to make mistakes to win the third set 25-19. In spite of their win, Ukraine were not convincing in the fourth set and were trailing behind by 3 points at 7-4 for Japan.  Koziar (#9) then went on to serve several aces and turned round the score for Ukraine at 9-7. Japan managed to overtake Ukraine again at 14-12 and got to the second technical time out at 16-13. Slowly but surely Japan were heading towards a win by extending the lead to 3 points at 19-16. Ukraine asked for a time out at 20-18 still in favour of Japan. Nishiie (#1) went on to serve to 22-19. Kikuchi (#9) sealed Ukraine’s fate with some great serving to take the fourth set 25-20 and the game 3 sets to 1.